We are pleased and honored to welcome Dr. Christopher Naranjo,
an experienced dentist with Board certification and IAOMT membership, to our team as Dr. Cole’s partner. Dr. Naranjo is looking forward to meeting you.

Our office has been equipped to remove mercury and any other toxic materials from teeth efficiently and safely for over twenty years. During the removal process, we follow the strict guidelines of the International Academy of Oral Medicine and Toxicology, placing rubber dams around teeth, running high-inflow vacuums and mercury vapor traps, providing patients with an alternative air source during treatment, and disposing of waste in a way that prevents mercury from reaching our local waters. Our office was the first in the state of Texas to incorporate this complete protocol.

In his 25 years of practice, Dr. Cole is proud and fortunate to never have placed an amalgam filling in private practice. Since its development over 180 years ago, amalgam has remained the material of choice by the majority of dentists around the globe, though the numbers are dropping dramatically. Still touted as a safe and effective filling material by the American Dental Association, amalgams continue to be placed by dentists all over the world. Now that the United Nations Minamata Treaty on Mercury (whose aim is to rid the world of industrial mercury) has been signed and ratified by the U.S., we should begin to see the further decline of amalgam use. Our office relies on peer-reviewed, credible science to support our view on mercury-amalgams. We simply choose not to place amalgam fillings AND to properly protect our patients when removing them.

Mercury is a natural substance known as one of the most toxic on earth. Products that once contained mercury, such as conventional thermometers, have been redesigned without this substance because of its high toxicity. It has also been removed from medicaments, like mercurochrome, that used to incorporate mercury in their formulations. Yet, mercury remains a commonly used material for dental restorations. In a filling, mercury heats up when chewing, or when warm foods and beverages are consumed. Once heated, mercury releases vapors into the mouth, which are then absorbed by soft tissues and inhaled into the lungs. Research is investigating potential problems linked to this daily exposure.

The term “mercury-free” may be applied to any dentist who chooses not to place mercury-amalgam fillings for any reason (cosmetic improvement, or has concerns over possible toxicity). We like for our patients to know that we are a “mercury-safe” office…one that not only refuses to work with this material, but takes all the precautions necessary to protect our patients and staff when removing it. 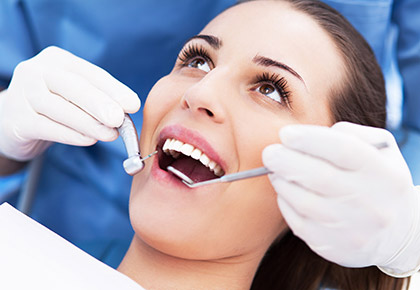 Our practice follows the strict IAOMT removal protocol, which includes a specialized vacuum system and a mercury filter to catch any scattered debris and vapors during the removal process. We also take measures to prevent mercury spillage into wastewater, using a filtering system (mercury separator) that separates mercury before disposal. The protocol outlined by the IAOMT is designed to protect patients, staff, and the environment.

Dr. Cole continues to expand his knowledge in the area of mercury-safe, biological dentistry, and his proficiency in the safe, efficient removal of mercury amalgams and other harmful chemicals. In addition to learning the precise IAOMT protocol for mercury safety, Dr. Cole also became a Board Certified Naturopathic physician and received Board Certification in Biological Dental Medicine in 2009. He is the first Texas dentist to earn the Integrative Dental Medicine degree. In addition to safely removing and replacing amalgam fillings, Dr. Cole works with numerous local medical practitioners in the process of heavy metal detoxification for those patients who wish to follow up with this type of treatment.

Our practice has been the model in Central Texas for high standards in mercury safety for over twenty years. Our adherence to these high standards is one thing that sets us apart from other offices. Contact our office at (512) 472-3565 to learn more about the safe removal of mercury amalgam fillings. 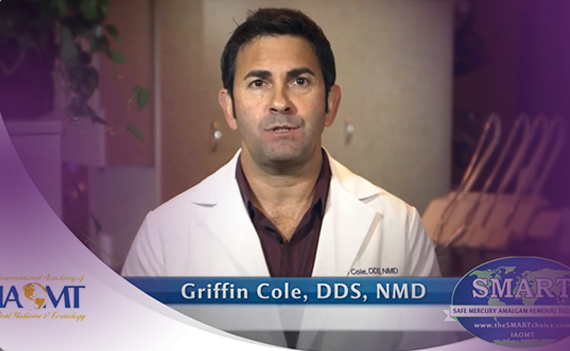 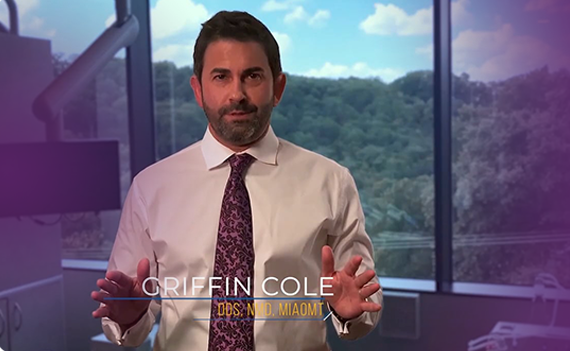 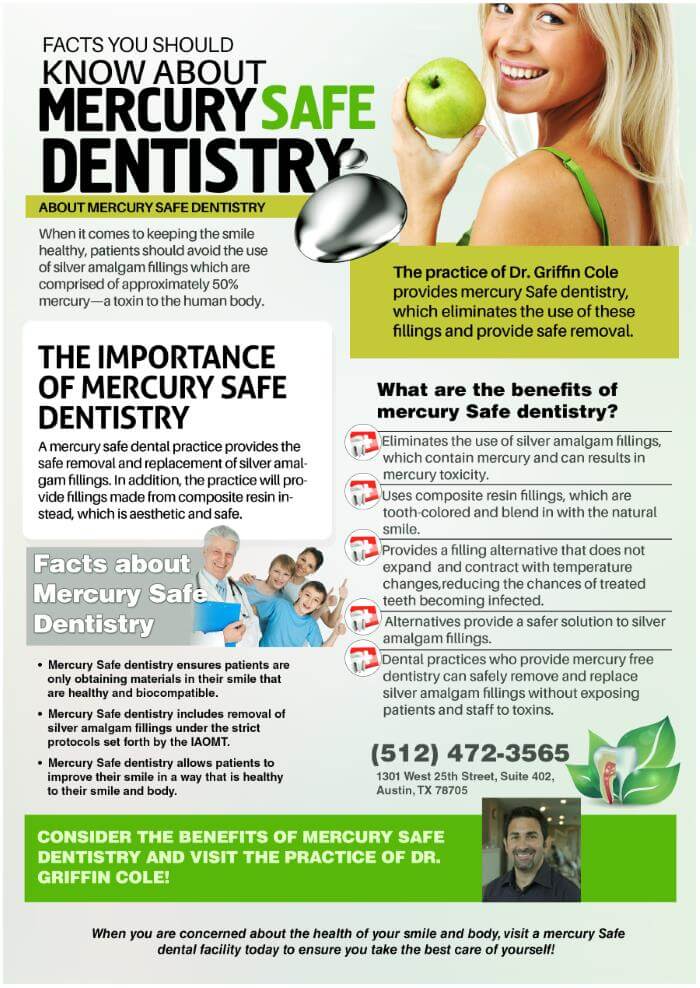 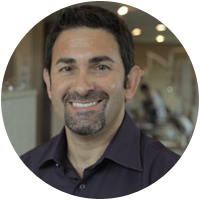 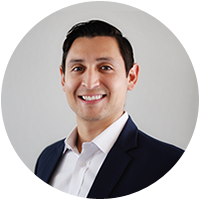 In our office, the primary focus is the needs of each individual patient. This enables us to provide the kind of comprehensive care and treatment that stands head and shoulders above other general practices. We provide our patients with the highest level of care and finest dental experience, while also instilling trust with warm, friendly energy.

Each member of our team is extensively trained and highly skilled in their craft. We remain committed to education by continuously learning about innovative new technologies and procedures. Advanced seminars and courses are attended on a regular basis to ensure the best care, always with a personal touch.

We look forward to establishing a fruitful relationship with you.
Video
Gallery

Wonderful doctor and staff. Full of knowledge and very kind. He does not do anything unnecessary and genuinely cares for his patients. The office is very relaxing too. ~ Sasha A.
Orignialy, Powered By 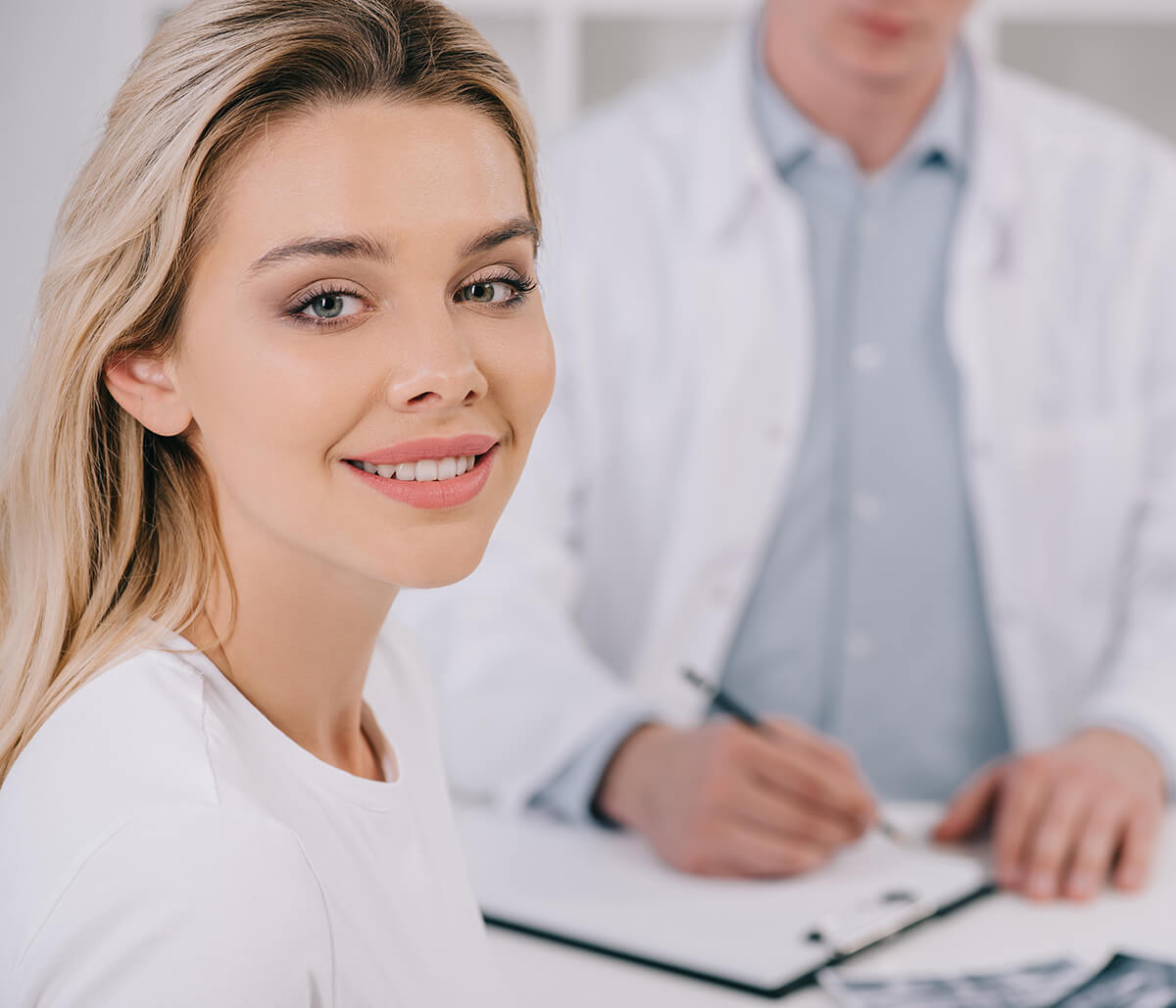 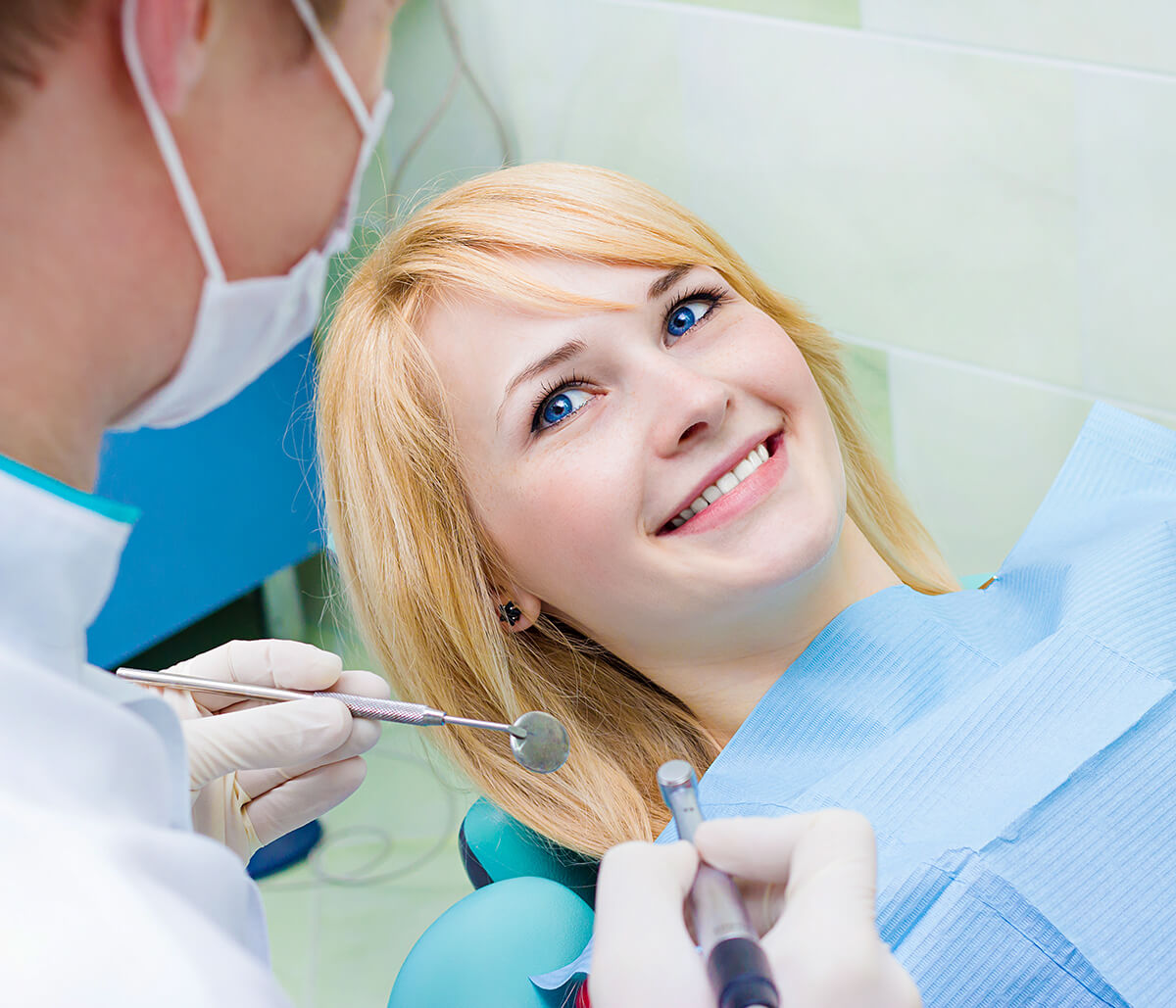 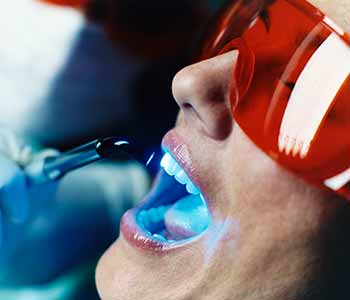 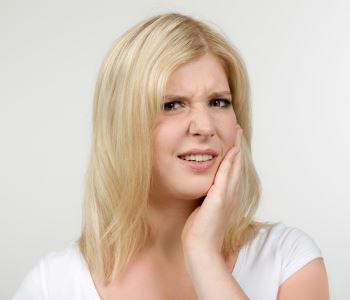 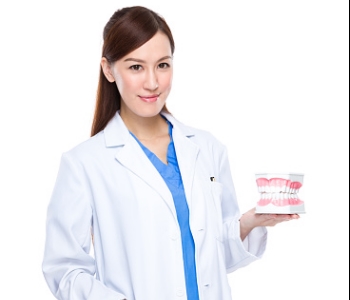 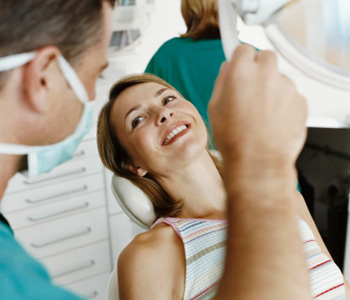 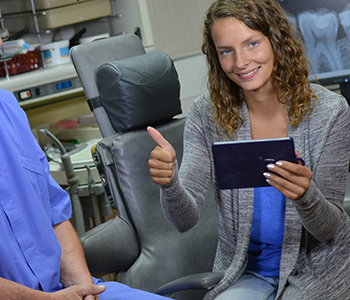 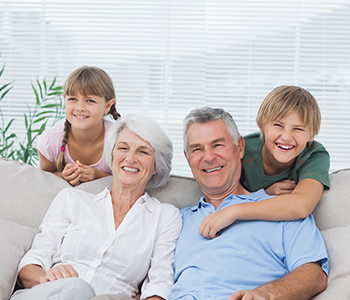 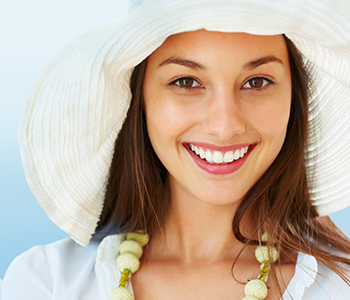 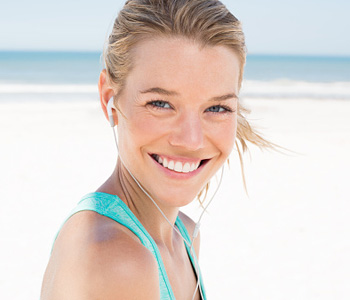 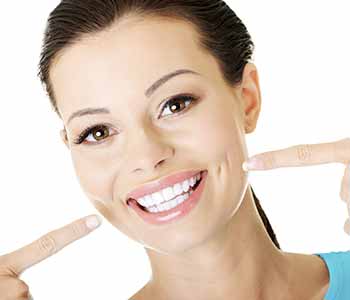 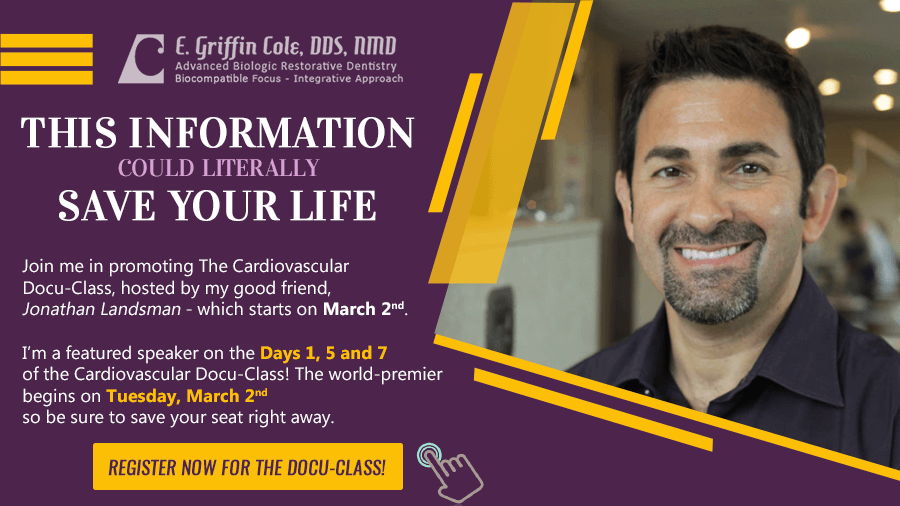